What a weekend it has been for Maidstone United Raiders.

Players from the club’s disability section retained the FA People’s Cup on Saturday and that was followed by two league titles today.

Raiders under 16s travelled to St George’s Park for the final of the FA People Cup and were crowned champions of the Youth Disability category for the second year running.

The semi-final saw the Stones beat Bradford 3-0 and that was followed by a 2-1 final win against Albion in the Community.

Head of disability football Lorraine Humm said: “We are absolutely over the moon to retain the title in very difficult conditions.

“The group matches were played outside in heavy rain and strong winds, so I was delighted to see the lads top the group in such a convincing way.

“Luckily the semi-final and final were playing inside the dome at St George’s, which was a massive experience for the lads to play where the England team train.

“After a really challenging and draining day, every player gave their all in the final and played outstandingly and got the win they deserved.”

Coverage of the final is available to watch on the BBC iPlayer – search FA People’s Cup and select Part One.

Team coaches and players will be guests of the Football Association next month at the Emirates FA Cup final between Manchester City and Watford. A player from the team will be presented with an FA People’s Cup trophy on the pitch at half time.

The silverware continued today at the Kent Disability League, with the Stones winning the Under 16s and 13s league titles. The club’s under 11s, which play in a non-competitive division, were also rewarded with individual medals.

Lorraine added: “I couldn’t be more proud of our section and it just shows that having a disability does not stop you achieving anything in life.

“It’s been a great weekend for Maidstone United Raiders and I’d like to thank the players, coaches, volunteers and sponsors who can all share in these successes.” 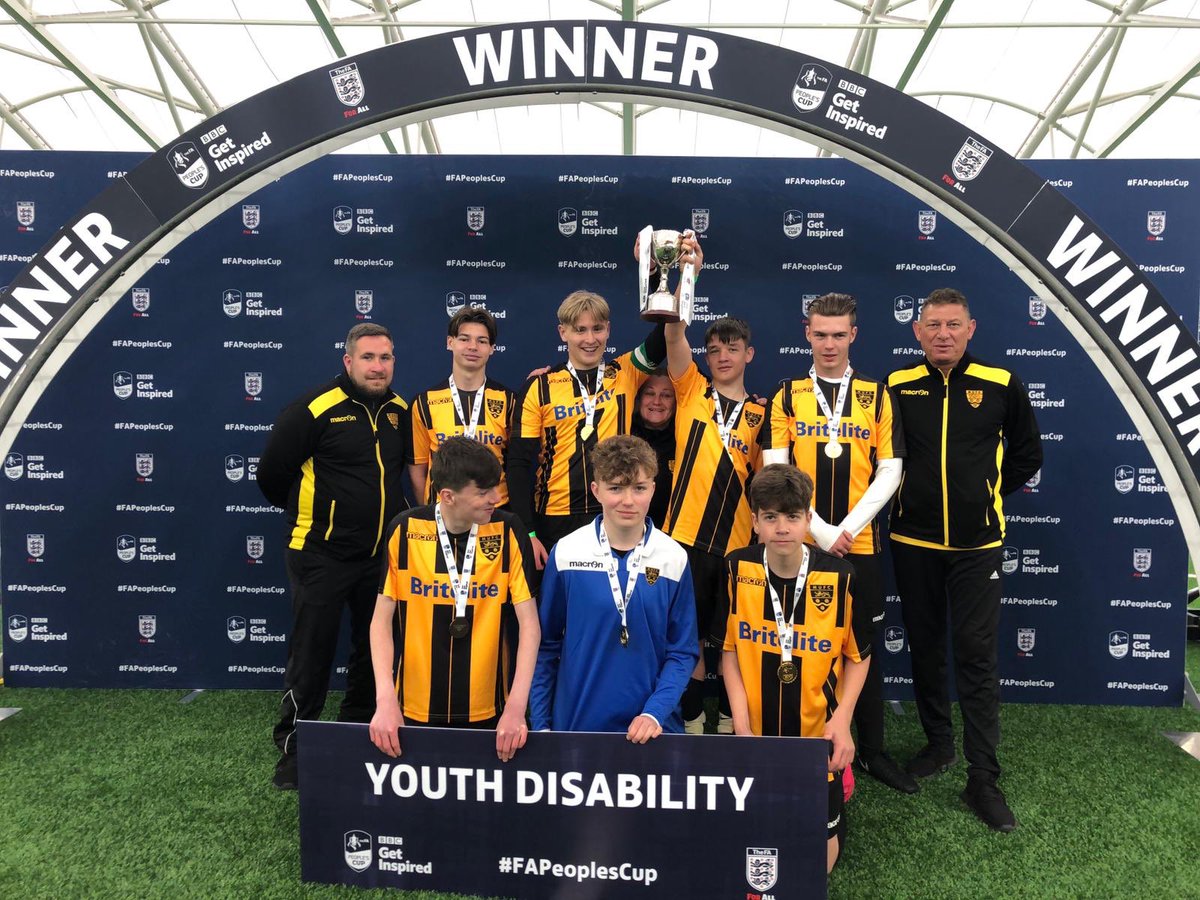