Lee Worgan denied his old side a point as Maidstone missed two penalties in the last 10 minutes at Chelmsford.

The first was fired wide by Scott Rendell, then Worgan – facing the club he served for five years – saved from Justin Amaluzor.

Maidstone have now missed their last four penalties – two each for Amaluzor and Rendell – as well as going out of the FA Cup in a shoot-out.

United welcomed back Charlie Seaman from injury, replacing Amaluzor in the only change from last weekend’s 4-1 win over Hemel Hempstead.

Worgan made the only save of a goalless first half that saw Maidstone look comfortably the better side for much of it.

It came in the 26th minute with Joan Luque’s great pass opening up the City defence and finding George Porter, whose strike from a tight angle was touched past the far post.

Earlier, Seaman lashed wide after Luque collected a ball over the top and fed his team-mate down the right, Porter saw a long-range strike blocked, while Luque found himself short of options after cutting out a slack City pass and heading for goal.

Chelmsford had the wind in their favour in the first half but didn’t seem all that comfortable with it.

They saw more of the play in the final 15 minutes of the half but Maidstone defended sensibly and looked largely untroubled.

Chelmsford took the lead from a disputed spot-kick four minutes into the second half, with George Elokobi the man penalised.

It looked soft – the Stones captain’s ‘Oh my God’ reaction told a story – but the decision stood and Morgan sent Chris Lewington the wrong way from the spot, firing into the top left corner.

Porter’s 20-yard strike was comfortably held by Worgan just past the hour mark while ex-Stones loanee Cameron James hit the side-netting at the other end.

Maidstone turned to Ibrahim Olutade midway through the half, going two up top, and he hit the post with his first touch.

Worgan showed his old class minutes later, a point-blank save with his legs after Sam Corne got his head on Raphe Brown’s cross.

Chelmsford then had a good chance to add number two as Morgan raced in goal but Lewington saved with his legs.

Maidstone were given their first penalty, nine minutes from time, after a trip on Corne, but Rendell fired wide.

They had another chance five minutes later but Worgan made a comfortable save from Amaluzor’s kick as Maidstone lost their unbeaten record in National League South. 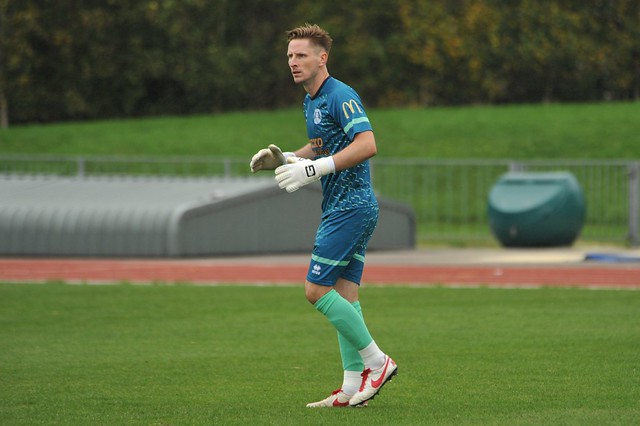