Maidstone United are still searching for their first victory of the season after they went down to another two nil defeat.

This time the loss came away league newcomers Leyton Orient and just as in the game on Tuesday night against Ebbsfleet, there wasn’t a huge amount between the two sides.

However, once again the Stones were left to rue not taking their chances as the O’s showed them how to be clinical in front of goal.

The home side had the greater share of possession in the first half but it was the Stones who had the best of the chances. Their first came with just five minutes gone when Joe Anderson crossed from the left and Joe Pigott saw his header stopped by goalkeeper Charlie Grainger.

But the best opportunity for Maidstone came on 18 minutes. Delano Sam-Yorke put a ball over the top for Pigott to chase and he accidentally hit the ball into his face as he attempted to control it. Pigott kept going though and he got a shot away which Grainger blocked and when the ball rebounded, Tom Wraight put his volley over the bar.

The O’s then had a couple of half chances which never really troubled Lee Worgan and they should have done better two minutes from the break. Jobi McAnuff worked his way into space and into the area but his effort didn’t have enough power to cause Worgan any difficulties.

Not long after the break, Alex Wynter missed his header close to the half way line. This allowed Macauley Bonne to get in and he ran forwards before dragging a low drive well wide of the far post.

On the hour mark, the Stones then strung together a spell of possession which ended with Wraight heading Seth Nana-Twumasi’s cross wide. Play immediately swung to the other end and James Dayton put in a delightful cross which the unmarked David Mooney headed into the bottom right hand corner of the end.

Jay Saunders then changed Maidstone’s shape as he sent on Harley Willard for Reece Prestedge and at the same time, pushed Sam-Yorke into a more advanced position. And Willard was almost immediately involved as he cut in off the right wing but he lifted the ball high and wide of the goal.

Eight minutes from time, Orient went close to doubling their lead. Jake Caprice sent a low cross in from the right and the stretching Macauley Bonne poked the ball inches wide of the left hand post.

With the match in its later stages, the Stones could have levelled. Josh Hare put the ball across the six yard box but unfortunately for Maidstone Alex Wynter didn’t react in time to get on the end of the chance.

Then with one minute remaining, the Stones did put the ball in the net. Pigott shot on the turn and Grainger could only parry his effort allowing Sam-Yorke to arrive and finish from close range but Maidstone were denied by the linesman who felt that Sam-Yorke was in an offside position.

But any hopes the visitors had of getting anything from the game were dashed in stoppage time. With Maidstone pushing on, Leyton found space and substitute Romuald Boco fired past Worgan from the edge of the box to clinch the victory for Orient.

Who was your man of the match against Leyton Orient? 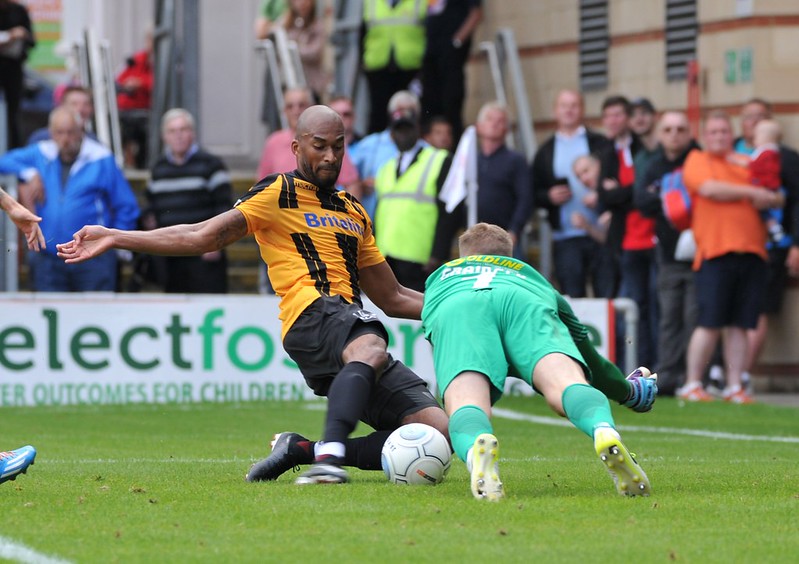