Maidstone United played out their first goalless draw of the season as they took a point from the visit of Eastbourne Borough.

There was just one change to the Stones’ starting line up after the 3-1 win away on Saturday. Clovis Kamdjo came in for his first start of the season with Iffy Allen dropping to the bench.

The first half started brightly as far as the Stones were concerned but chances were still at a premium. Eastbourne did not threaten at all before the break and the closest they came was a free-kick from former Maidstone player Greg Luer which easily cleared the bar at the Genco End.

For the Stones, with four minutes gone, Ibby Akanbi found Sam Corne. Corne was close to the edge of the box and he made room for a curling effort which thumped just wide of Tom Hadler’s left post.

Maidstone’s only other opportunity in the first half came just 12 minutes later. Clovis Kamdjo delivered a good cross into the box but Dan Wishart got under the ball with his header which went over the bar.

Not long after the break, Eastbourne were unfortunate not to take the lead. A corner from Corne was cleared to Greg Luer who raced down the left. Gavin Hoyte couldn’t stop Luer from getting into the area and Luer’s shot beat Jake Cole but clipped the right post before going wide.

It was then Maidstone’s turn to go close. Nana Kyei burst forward and spread the ball out wide to Wishart. Wishart delivered an enticing low ball into the box which Gavin Hoyte did well to reach and volley goalwards and he was denied by an excellent block from Hadler.

With 78 minutes gone, Kyei was involved again as this time he moved down the right. He sent a low ball into the area where the stretching substitute Iffy Allen tried to get on the end of it but Eastbourne conceded the corner.

The Stones then had a number of corners over the coming minutes and they threatened from one of these. Allen’s deep ball came back in which was headed across by Ryan Johnson and the ball dropped not far in front of Wishart who couldn’t quite keep his shot on target.

As the game moved into stoppage time, Kamdjo conceded a free-kick just outside the area. Substitute Charlie Walker’s effort was heading in but Jake Cole pushed it away from goal.

Who was your man of the match against Eastbourne Borough? 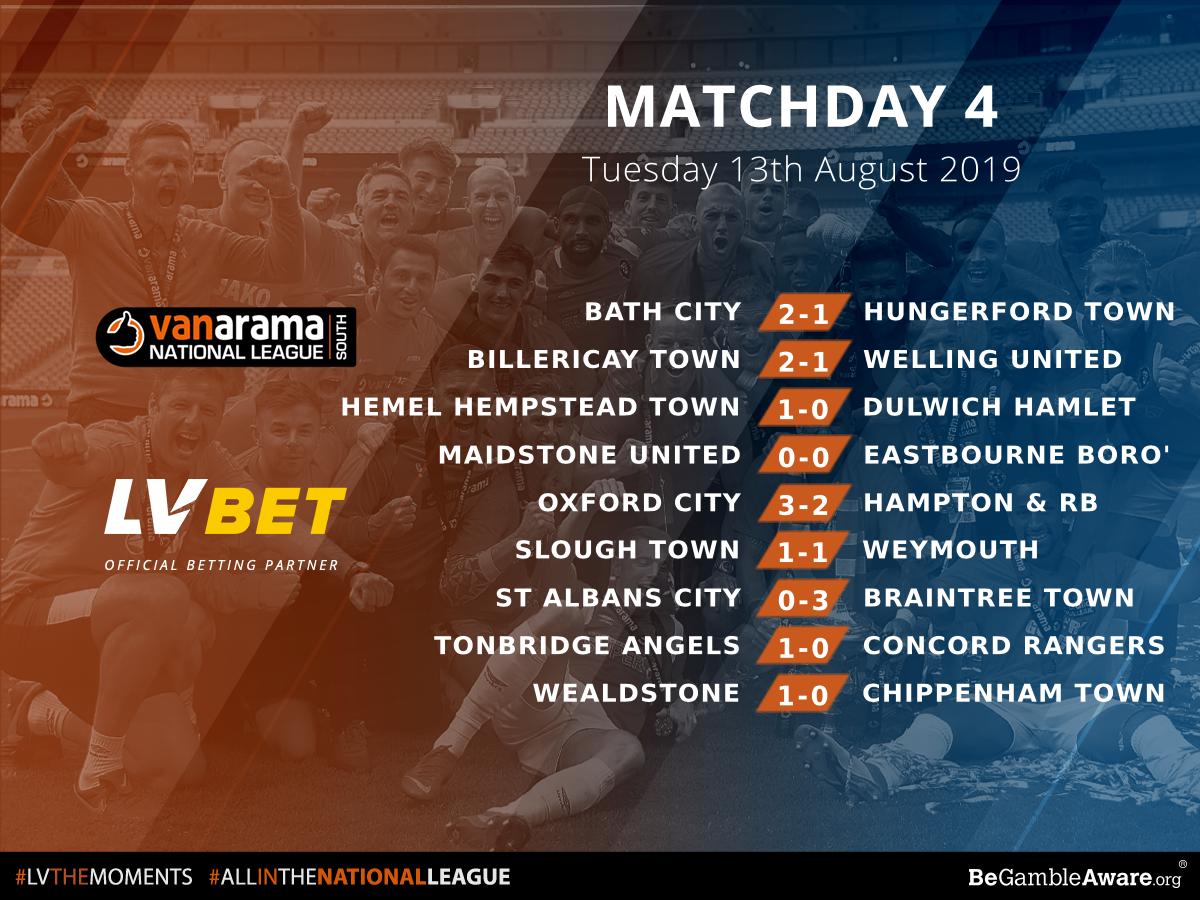